When this blog refers to a cold war or the cold war, it has something specific in mind.
The natural state of mankind is war. We hope it remains cold. We stay strong to give it the best chance to stay cold.
That great generational record of human behavior, the Holy Bible, reminds us that our species is capable of limitless cruelty in the hope of gain. More recently, in the last century, we just concluded the bloodiest experiments in socialism across the globe from the USSR to China to Cambodia and countless other countries.
Non-socialist countries are not immune. Countries with the greatest hopes of “Liberty, Equality, Fraternity” can quickly drive down the path of violence as well.
So if anyone points me to a “scientific” study that seems give us “…hope for the whole human race living in peace if we were only to A, B, or C…” I will not be impressed. I will not be willing to bet against the cruelty of my species.
A peaceful country requires a strong military.
Fortunately, I live in a country ruled by law and generally representative of the people’s will. So advocating a strong US military is a much stronger moral position than, for instance, advocating a strong Russian military, or a strong Iranian military.
All this to say that for us to live the lives we dream of, here in the USA, it is best that we hold a gun to the head of any other countries that may have designs on our assets.
As long as we keep our nation strong economically, politically, and militarily, no other country will start a “hot war” with us, that is, with destruction of property and loss of lives on a grand scale.
If the war is not on a grand scale, it is a cold war. And that is where we find ourselves today, and God-willing, every day. 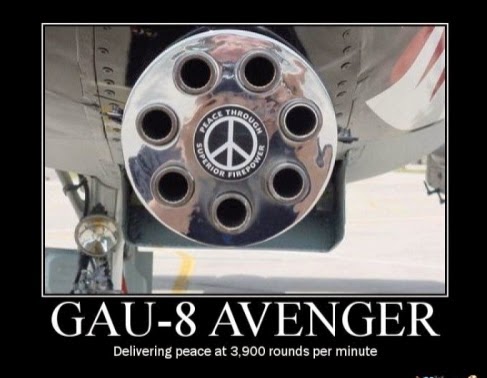 The fuel was hauled in the tanker aircraft in 10 tanks. These tanks are located in the wings and in the fuselage, or body of the aircraft. (See aircraft diagram above) So the tanks had names like center wing tank or forward body tank. All but one of the body tanks was below the cargo deck. This may seem very evident to some, but the KC-97 tanker (precursor to the KC-135) had a fuel tank that ran the length of the fuselage suspended above the cargo area. Baggage went below decks like in an airliner. KC-97s started being phased out in 1956 with the first KC-135s off the production line. They were completely phased out around the time I started flying 135’s with the last ones leaving the Salt Lake Air Guard in 1978. KC-97s were propeller aircraft with a couple of add-on jet engines to be able to haul enough fuel to make the in-flight refueling worthwhile. The KC-97 was 82,500 pounds dry and 175,000 pounds fully loaded with fuel. KC-135s, being a 4 engine jet aircraft, had much better performance. The KC-135 weight without fuel was about 110,000 pounds. With a typical fuel load, it was around 300,000 pounds.

There was a special panel in the cockpit just to keep an eye on the 10 fuel tanks and make sure the aircraft center of gravity stayed in a region where the aircraft remained flyable. (See photo above that I copied from the flight manual) Too much weight in the forward or aft of the aircraft and controlled flight was no longer possible. Some tanks had pumps and others had gravity feed. The panel also controlled the off-loading of fuel to the receiver aircraft; allowed for dumping of fuel in an emergency; and, in very odd circumstances, even reverse air refueling to suck fuel from the receiver aircraft to the tanker. With 2/3 of your total weight in fuel that you could off-load in minutes, it beyond important that the fuel tanks were well managed.
In my first assignment, I was specially trained to fly the KC-135Q. The q-model had special modifications to allow it to fulfill the mission of inflight refueling the SR-71.
To understand the Q modifications, you need to know that the SR-71 was the highest flying, fastest manned jet in existence. It’s job was to acquire timely intelligence and do it with such speed that the target country could not shoot it down. It was not designed to be invisible to radar. Stealth technology did not exist yet. So the SR-71 was designed to out-race any threat. It would fly above 50,000 feet and above Mach 3.
This speed meant that it could not burn standard jet fuel. The fuel would ignite under the heat of friction at those speeds. In fact, the modified fuel, designated JP-7, would not ignite except under the most extreme conditions. A chemical called TEB was used to ensure ignition of the SR-71 jet engines. So unlike the KC-135A, the KC-135Q had to keep this fuel separate from its standard fuel. In the a-model, the aircraft is fueled on the ground from the right landing gear wheel well. The q-model had a refueling port in each wheel well, one for JP-4 and one for JP-7. (See the same link mentioned above.)
I try to keep these blog posts bite-sized. There were other modifications unique to the q-model and many other things to say about this mission, but I will discuss them in a later blog.